Intro or Why Nintendo Switch Battery Life Is So Important

Some time ago people were to stay at home in case they wanted to play a game using cables and TV-sets. Nintendo presented a switch console that allows taking the device with and play a game any suitable moment. You can play online games when traveling or just waiting for someone outside. The only thing one should take care of is Nintendo Switch battery life. It’s such a pity to leave the game in the heat of the moment because of low battery alert. Today everyone can find a device that can extend the battery life. There are a variety of Switch cases which can prolong the battery functionality.

If you decide to use Nintendo Switch, you should know its battery specifications, pros, and cons of battery cases and packs, advantages and disadvantages of each tool. To save money, you should also know everything about Nintendo Switch battery replacement. Being aware of all these issues you might enjoy the benefits of Nintendo Switch to full and not to be afraid of a possible battery malfunction. If you don’t know Nintendo switch battery specifications, you won’t be able to make it serve longer than needed. The Switch has one battery implemented inside the body. It is Lithium one that makes the device easier and allows it to serve longer. Try to avoid low and high temperatures. Such a battery can supply the work of the device for up to three years. Then the main component (Lithium) starts decomposing. You might facilitate this process when handling the battery improperly. In case you want the battery function longer you should follow three following rules:

The capacity of the battery is higher than of some Smartphones’ Switch battery’s capacity is 4310mAh when some mobile devices have only 3000mAh.

Nobody wants to start playing a video game and fail to finish it because of battery malfunction or weakness. That’s why gamers have tested the battery to see what period it remains active. The official webpage of the manufacturer states that the battery’s life can reach up to six hours. The minimal period is promised to be 150 minutes. Everything depends on the game preference. The more energy it requires, the less the battery remains charged. If the device is unlocked, it will let a person play The Legend of Zelda, Breath of the Wild for at least three hours.

The experiment was based on the following issues:

The manufacturer also states that the battery can become charged in three hours when keeping the device in sleep mode. In case you don’t want to wait, you can turn to PowerPort. Gamers recommend using Anker’s cordless tool. It lets a person go on playing because the console requires the same period (180 minutes) to 100% charge without applying sleep mode. The PowerCore also helps to restore 45% of the battery power when charging it during one hour but in sleep mode.

Both Switch cases and battery backups might let you take delight in using your Switch. Do you hesitate and don’t know what kind of tool can better meet your requirements? Let’s compare these devices to see their pros and cons.

The contemporary market offers a variety of switch cases. They are to be tacked on the back of the device to add working hours and to protect the body. It has a port allowing charging it when necessary. You may charge and use it during a trip. Some of them have adjustable kickstands which provide comfortable use. The only disadvantage is that it adds additional weight and may be quite massive. Though, there are many designs which vary in sizes and weight. It’s more functional and practical than battery backups.

It is applied to various devices like tablets, smartphones and even laptops. It allows fast charging, but it must be charged separately. It is rather heavy. It’s quite uncomfortable to take it with when traveling. The kickstand cannot be used in case you charge the device and want to play at the same time. The hugest benefit is that it can charge the Switch several times and quickly. You might not have to charge it separately those times. Compared to Switch cases, a good backup is more expensive. 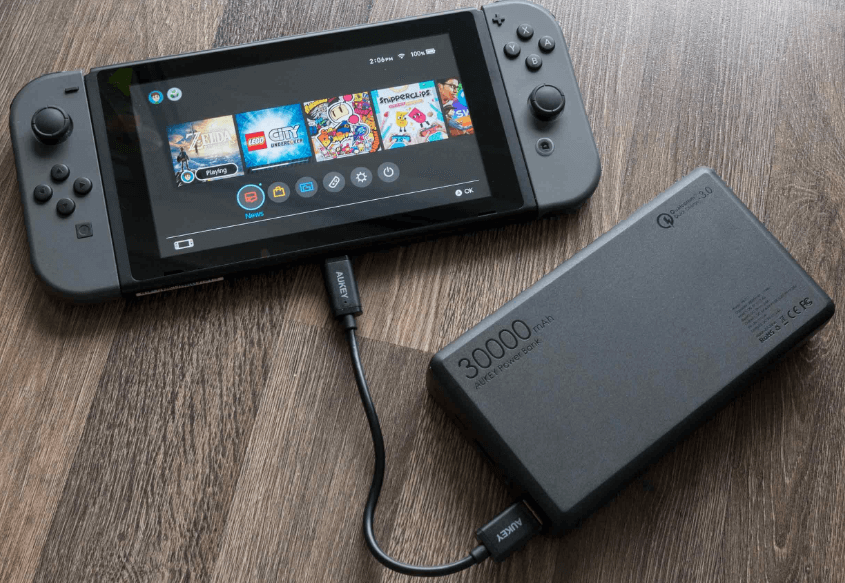 How to Extend Battery Life

There are several ways which could help you extend your battery life. Nintendo console functions due to Li-ion battery. Its work depends on how a person treats the battery. If a person wants to extend its durability one should do next things:

Do you want to play your favorite game without the need for constant charging? Of course, you do. Here you can find five battery cases which might help to boost your battery and let you enjoy the game longer.

Have you ever heard of ZeroLemon’s battery pack? Its capacity is 10000mAh. Due to this, your console could give you an additional ten hours of supreme gaming. What’s more there you might find USB-C port, a kickstand, 3-game cartridges card slot, and micro USB port. There is only one disadvantage: it’s rather voluminous. Does it matter? Not much if you desire to get a cool battery supply.

If you adore a light and slim case, then you should choose the 5000mAh Nyko Power Pak. You could take it with and travel by train or a car. The device is promised to increase the battery life twice. Two lock sliders hold the head and basis of the pack. Such a construction prevents the device from battery pack’s displace because of accidental bumps. You can charge it thanks to the USB-C cable. By the way, you might easily check whether it’s time to charge the device or not due to 4 indicator lights.

Do you want to choose the angle of your device position? The Antank case could become an excellent purchase for you. Its capacity is 6500mAh. It’s supplied with two kickstands on its back. Each kickstand allows placing the device in 3 different tilting stands. There are four LED indicators which show the level of charge. Using a USB port Type C, you might simultaneously charge two devices. It looks massive, but it isn’t heavy. The pack also has enough space to keep two game cartridges.

Do you want to have a tool that can charge not only your Switch but your tablet or smartphone as well? No problem. Mthinkor can do that for you. It is light, slim and implemented with Type-A USB port. One can even not notice that your device holds this battery pack. Don’t be surprised to see that its capacity reaches 10000mAh. It functions as an average power bank and can increase the battery durability from 480 to 720 minutes. That’s one of the coolest variants of battery cases.

If you like to base your choice on the users’ review, you might find the Switch Charge to have a great number of positive feedbacks. The 10000mAh tool can charge the Switch, a smartphone, and a tablet. It’s equipped with a kickstand that you can adjust the way you like, USB-C port, and a slot for two game cards. If you choose S-Charge which price is a little bit higher you might get a case to protect the Switch. There one can carry the device together with the Switch Charge and several protectors for the screen.

The procedure can be rather difficult and can damage the device if it’s done improperly. One should follow eight steps which might take up to forty-five minutes. Nintendo Company warns that users are not to replace the battery on their own. Still, professionals say that everyone can perform this procedure successfully.

Take a three-point screwdriver. Unscrew the screws which are placed on each corner of the console’s back. Then you’ll find one screw atop and two more on the opposite side of the port for charging.

Unscrew the screw near the slot for the SD card. You are to raise the kickstand to do that. Then take away the screws in the center (they are situated on each side of the Joycon brackets).

Now it’s time to take the iSesamo Opening tool. Do not apply much force for not to break tiny clips which you can find near the fan exhaust. Pry the back cover and pop it off.

Beginning to Remove the Metal Plate

Find the screws on the metal plate and remove them with the appropriate screwdriver.

Now you should withdraw the screw in the assembly for the SD card and near the blower fan. Take the SD card with tweezers and separate the flex cable from the board. Make each step gently for not to damage the details.

Now it’s time to remove the plate. Put it aside and look at the internals near the battery.

Take your tweezers and gently remove the battery connector pulling it up vertically. You should carefully pry it from underneath and then pull up.

The last step is to apply a metal spudger. You are to detach the adhesive of the battery. Do it slowly and in several directions. Do it at a low angle. Underneath sticking and upwards prying are NOT recommended. The adhesive separation will let the battery come out.

Gather the Device Together Again Following the Instruction in Reverse Order

Reverse your actions to reassemble the device. Don’t forget to put each screw back in its place.

Nintendo Switch turned out to be a perfect solution for people who prefer handheld game playing and home consoles. What else to expect? The already existing game versions pleased gamers and involved them in the captivating world of Super Mario Odyssey, Pokémon: Let’s Go, Pikachu! And Let’s Go, Eevee!, and The Legend of Zelda: Breath of the Wild. Nintendo is expected to provide the fans with a variety of new games. Also, fans might wait for an entirely new games image. The company tends to shift the platform and deal with renovated software for 3DS. Every gamer would be able to choose an improved game across a variety of genres in 2019 and not only. The company is also going to upgrade the display applying organic light-emitting diode. Apple Inc. uses this feature when producing X series of their iPhones.

So, Nintendo, surprise us! 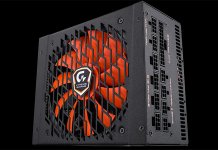 Best Power Supply for Gaming. Overview of the Best Models﻿ in 2022