There are four easy and effective ways to revive a car with a dead battery. Detailed instructions are included below.

Sometimes low temperatures cause unpleasant surprises even to those who regularly change the battery in a car. If it’s -25°C or even colder, a fully serviceable battery loses up to half of its capacity per night: the accumulator acid condenses, the flux of the chemical reactions slows down, and the battery cannot give the stored energy up. Driving in urban areas with the heater, mirrors, and seat heaters turned on does not contribute to the battery charging correctly. Moreover, you may simply forget to switch off the parking lights or other energy-using features once you park.

If the battery is discharged, you will hear some prolonged sounds as well as the clicking of the starter when you try to start the engine. You will also notice the dim glow of the indicators on a panel, which becomes even weaker when the key is turned.

What can be done right now?

3. Restore your battery and use the device without worrying that you do not have enough charge

If the accumulator does not show any sign of functioning, do not panic immediately. There’s still hope. There are at least four ways to revive a car even if the battery is flat.

How to Start the Car by Jump-Starting

This is a universal and the easiest way to revive your battery. This method is the most popular among drivers. It is suitable for injection, gasoline, and diesel cars with any type of transmission.

What is necessary?
– A jump car with a fully charged accumulator.
– Start-up wires with the “crocodile clips”.

Unless such an unpleasant situation has occurred in the deep forest, there should be no problem in finding a jump car. But, you will need to keep your own jumper cables in the trunk. If there is no such equipment in the trunk, you can only hope that the other driver has been more prudent. What do you have to do?

It is important to observe the correct sequence of actions in order to start a car with a discharged accumulator successfully and not to damage the jump car:

1. Put the cars next to each other, bumper to bumper, or bumper to the fender. The choice will depend on the location of the battery in each car.
2. Turn off the engine of the jump car and switch the ignition off in order not to burn out the electronics.
3. Link positive sides of both batteries with a red start-up wire. The charged battery should be the first.
4. Take one end of the black wire and connect it to the engine block or other metal parts of the engine of your car. You should remember that these parts of your car should be located far away from the fuel system. Use the other end of a black wire to link to the negative terminal of the battery of the jump car.
5. Attempt to start your car two to three times.
6. After the engine has been started, let it work a few minutes and disconnect wires in reverse sequence.

Do not try to jump-start from a subcompact car with an engine capacity of more than two liters, especially if it is diesel. A jump car’s engine should have greater or equal capacity as compared to the capacity of the battery that will be recharged. Both devices should have the same power. 24 V battery cannot be used to start the 12 V battery and vice versa.

This is a classic, even obsolete method. It means that the engine is started by racing the engine and gear actuation. In such a way you can start an injection engine, only if the battery is not fully discharged and its charge will be enough for the gas pump to pump the fuel from the tank into the system. This method is effective only for cars with manual transmission.

What is necessary?
– A tow rope.
– Other working cars or assistants.

Even if you are in a not crowded place and cannot find another car, then at least you will be able to find a couple of volunteers who will be ready to push your car. Actually, there always should be a rope in the trunk. What should you do?
The method is very simple and does not require any special skills other than a few signals and coordinated actions with all active participants.
1. Connect both cars with a tow rope.
2. Start up the ignition of your car, depress the clutch pedal and go to the third gear without releasing the clutch pedal.
3. Give the command to the driver of the hauling car to start moving.
4. After accelerating a car to 10-20 km / h, release the clutch slowly.
5. When the engine starts, depress the clutch again and give a signal to another driver.

Do not hurry to go to neutral and let the engine run with the depressed clutch pedal. Otherwise, it can immediately stall due to the cold oil in the transmission. If you don’t have another car to pull yours, manuevering down a hill so the car’s weight gets it moving or having volunteers push the car until it reaches speed can also work.

How to Start a Car with a Rope

It is a relatively difficult way to start a car. However, it is helpful if there is no one who can assist you. This method is suitable only for cars with a manual transmission.

In each car, there should be a tire jack. A tow rope is also an important part of the equipment of your car. If there is no tow rope at hand, you can use any rope the length of which is 2-3 meters. What should you do?
1. Apply the parking brake and put stones or other supports under the wheels.
2. Use a tire jack to lift the car. After such a manipulation one of the traction wheels should be in the air.
3. Start up the ignition and put the car into third gear.
4. Wrap a few turns of the rope tightly on the wheel and pull the car abruptly (you can run away to the side).
5. If you fail to start the engine from the first time, repeat all the actions.
6. When the engine starts, go to the neutral, put the car down by removing the tire jack.

By no means do not attach the cable to the disc or spool it on by hand. Otherwise, after running the engine, there is a risk of getting seriously injured when a cable whips around the rotating wheel.

Battery boosters are the most technologically advanced way of starting a car with a dead battery. Thanks to the lithium iron phosphate battery, these tiny gadgets are capable of giving a lot of battery current even at low capacity. This method is suitable for injection, gasoline, and diesel cars with any type of transmission.

What do you need?
– Booster

The plus of the battery boosters is that they are completely autonomous. In addition to the booster itself, you will need nothing more to start your car. The downside of the gadget is that is relatively expensive. What should you do?
Each booster comes with the detailed instructions, but in general, the principle of their function is the same.

1. Cut off the ignition in the car.
2. Link the booster clips to the battery terminals, being careful to check the polarity.
3. Start the car.

Even if it is cold and the battery is dead, cars with engine capacity of up to two liters are started by the boosters without any problems. There can be difficulties with larger engines, especially diesel ones, with a volume of more than two liters.

How to avoid discharging
1. To avoid unpleasant situations it is advisable to monitor the state of the battery and replace or charge it in time, lest it gets fully discharged.
2. When starting the engine, always depress the clutch pedal. This way, the starter won`t need to rotate the transmission gear in the solidified oil. It will facilitate the process as well.
3. If you have an important trip, we advise you to remove the battery from the car and take it home for the night. This will give you a better chance of having an engine that will run in the morning.
4. And of course, do not forget to turn the headlights, radio, and other devices off after parking.

How to Turn a Car On With a Discharged Battery

It is always better to have an autonomous battery booster, then jacking a car in an unfamiliar area during a cold night. Be ready and take care of your nearest and dearest in advance by investing in the correct tools. 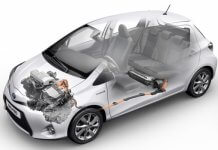 All About Hybrid Batteries – What is it, How to Fix it, How to Replace it 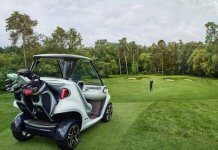 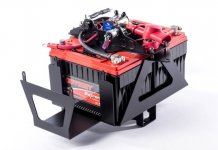 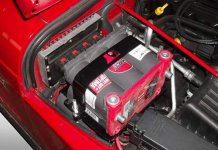 The Best Truck Batteries to Buy in 2022 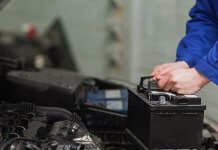 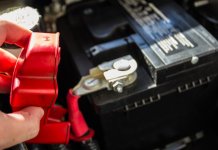 How Long Does a Car Battery Last? How to extend car battery life in 2022