As a rule, high-end technology is providing the user with unparalleled reliability and performance. It is quite uncommon for a Pro model to underperform in terms of battery power or charge time. If your device is shutting down all by itself, we’re having a serious malfunction that has to be dealt with. This issue may require a battery replacement as soon as you encounter it. We will tell you here about your possible options and for which models you can do it on your own. Also, check out our MacBook Pro battery replacement step-by-step instruction.

Nowadays changing to a new cell isn’t as easy as taking out the old one out and inserting the fresh out of the box version. A lot depends on the model and type of your MacBook, and the exact issue that you are experiencing. We will tell you everything you need to know.

Types of batteries used in MacBooks

Before trying to replace any part of your Macbook, you need to know exactly what you are dealing with. Various specifications were used for batteries in different years.

For MacBooks made in 2009 and newer, you had the battery built-in. This means that it was glued in and by trying to replace it by yourself, you were risking of damaging the device. This was not the only problem you had to face. It was very difficult to reach the battery in the first place. Taking it apart would take time, effort and knowledge. Only professionals can cope with this task.

The Apple Store may be needed to replace the battery for you. Set up an appointment and specialist will look into the issue. However, we can’t say for sure that this is the most cost-effective option. There are also Authorized Providers that are capable of doing the job, but not all of them are trained to replace batteries.

If your device is still new and eligible for the warranty, then a replacement of the battery is possible without having to pay for it. With a defective MacBook Pro battery that’s not charging this won’t be as simple. It is needless to say that for an older model, you would have to search harder for a spare battery and perhaps pay a little more, depending on the service.

Perhaps, you may not even have to search for a new power unit and the old one will be replaced by Apple. The MacBook Pro 13” that was produced between October 2016 and October 2017 has a particular issue. Its cell expands because of an unexpected flaw. The issue itself is not dangerous and there have been no explosions or meltdowns registered so far. However, this can cause other problems for your battery.

If that’s the case, then the battery will be replaced for free. You only have to insert your serial number to see if your MacBook Pro qualifies. This can be done on their support website.

The reasons why Apple has switched to built-in batteries are straightforward. It made it possible to make the devices much thinner and safer for users at the same time. This trend started to be more noticeable around 10 years ago. Now the batteries are glued into the framework, and without specialized help, there is not much you can do, although special kits for such work are being sold. The instructions on how to replace MacBook Pro battery are rather complicated and you risk of damaging your device for good. With older models, MacBooks Pro released before 2009, you may actually have a better chance.

How can you identify whether your device’s power unit can be replaced? There are two aspects you have to pay attention to:
 Models released before mid-2009. The following 13 and 15-inch Pros were already equipped with built-in batteries;
 Models that don’t use Retina display technology.

Older models certainly qualify for a quick battery change. You will only have to deal with a couple of screws, take out the old accumulator and install the new one. Prices vary, but you will have to spend around $60 on the purchase.

Here is a step-by-step instruction with the inclusion of spare parts and the necessary tools.

Step 1 – Removing the back cover
Remove the ten screws that secure the bottom cover to the case:

Step 4 – Bending the Battery Connector
Slightly bend the battery connector to the side to avoid accidental short circuit.

Step 5 – Removing the Battery
Unscrew the 2 screws Y2.0, which attach the cell to the frame of the MacBook.

Step 6 – Removing the Battery
Carefully peel off the edge of the label located on the optical drive and the power source. Do not remove the label entirely. Unscrew the last screw Y2.0 7.0 mm, which secures the battery to the case.

Step 7 – Removing the Battery
Using a transparent label, remove the battery. Install a new one and repeat the instructions in the reverse order.

There are certain changes being introduced with newer models. Even though the batteries are still built-in, there is no need to remove and replace the case entirely. It is easier to access the power source with the use of special tools, and new adhesives are being introduced. Even though it is still difficult to replace it on your own, the process will get significantly faster and possibly even cheaper.

Remember that by trying to replace a MacBook Pro battery on your own with no tools or expertise, you are risking of damaging the device. The cost of repair would skyrocket and your whole experiment would not be worth it. 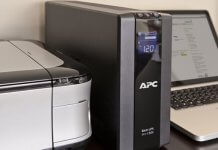 Laptop Power Supply – The Best Variants for Laptop Owners in 2022 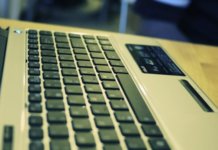 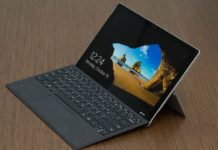