Smartphones are becoming consistently more advanced, but the questions regarding their battery are still as relevant as ever. Many users are still convinced that through the years these power units remain an unpredictable piece of technology that may let them down at any time. All the cell phone battery myths that appeared in the era when nickel-based batteries were around have survived to this day despite the lithium-ion, and lithium polymer technology is very different. In the 90’s mobile phone users were facing specific problems that are not common nowadays. Let’s analyze the myths that have survived to this day and see whether there is any kind of truth behind them.

You can’t use your phone while it is charging

If you use the charging cable that came with your cell phone or one that is compatible, you can use your phone anytime you want. The only disadvantage is the extended charging time. 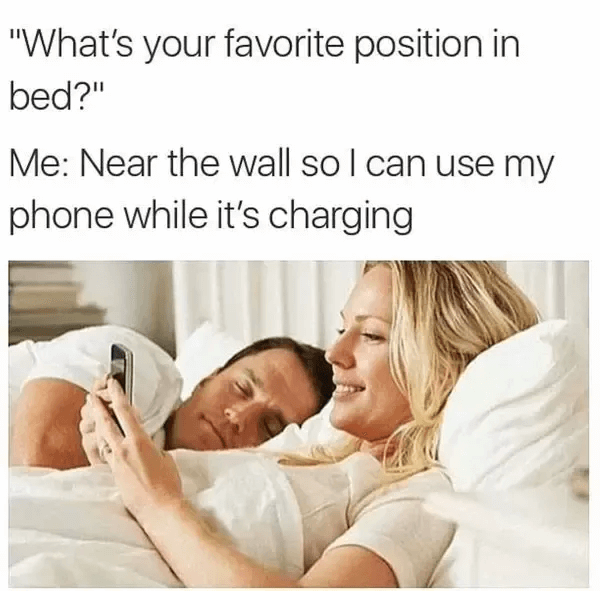 It is prohibited to charge your phone with other chargers.

If you are not using counterfeit chargers, then the chance of getting electrocuted or the phone blowing up is extremely low. Usually, the products manufactured by big companies are being thoroughly tested before they are allowed to appear on the market. But is it bad to charge your phone with a different charger on every occasion? This myth, however, can be true in a tiny percentage of cases, where the battery exploded even though the original charger was used. Make sure to use the original charger at all times; otherwise, the battery may get easily damaged. If you for some reason can’t use the original charger, then you need to pay attention to certain aspects when you are buying a new one.

The reason why they may not be reliable is usually the poor quality of components. They are not tested and may not meet the standards your cell phone needs. If the electric frequency jumps uncontrollably, then the battery may get damaged eventually and could pass that damage to the phone.

The charger itself is only half the problem. The second, which may not come as a surprise, lies in the cable. The use of a charging cord assembled in an unknown basement is akin to laying poor-quality wiring in an apartment. With a cheap cable, even the original power supply unit that comes with the phone does not guarantee it will work. The wire may burn as well as the expensive smartphone. 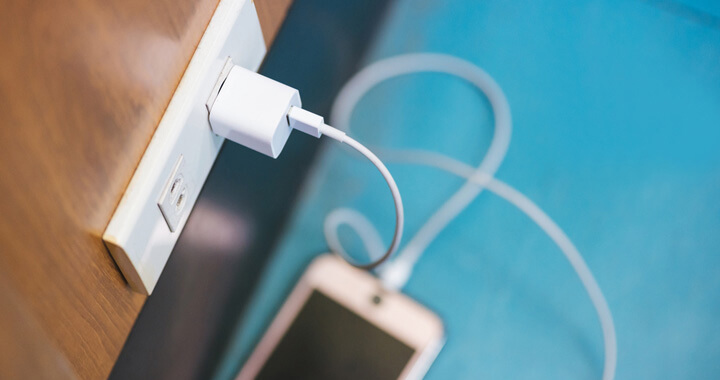 So, do you have to buy only original branded cables at a high price? To answer this question, you must first understand the difference between brand and certification. If the first is just a brand name, not the least of which determines the price of products, then the second is compliance with the quality standard.

In other words, each branded cable is certified, but not vice versa. Therefore, it is not always worthwhile to spend the hard earned money on the most expensive accessory from those presented. The main thing is to ensure its compliance with the requirements of quality and safety. Contrary to popular belief, the original charger can be considered not only the same brand as the smartphone itself but also any certified one by the manufacturer. These can be found even on the Internet for a reasonable price. It is only essential to make sure that this is not just another no-name device under the guise of decent products. We have prepared a small checklist that will help you find a suitable product on the Internet:

You shouldn’t charge your phone at night

This is another common misbelief that exists among mobile phone users. This issue has been resolved long ago, and the charging process stops once it reaches 100%. It restarts only when the charge level goes below that number. You may notice that the charger and your device are both are cold in the morning. However, you should not leave the charging of your phone for the night time exclusively. It would be more preferable to charge from 40% to 80% than from 0% to 100%.

You also need to remember that it is not recommended placing your charging phone beside you while you are sleeping or covering it with a pillow. So, to answer the question “is it bad to leave your phone charging overnight,” we would say that it is not dangerous as long as you follow our advice. Quite often, there are tips on how to turn off the synchronization of background applications and Google services to increase battery life. It is argued that their activity significantly reduces the charge of the mobile devices; we decided to check it out. We installed several of the most popular social networks and instant messengers on the phone and also incorporated the synchronization of all Google services. Then we evaluated the battery use with and without synchronization enabled. After four hours the results were the same. We did not change the brightness settings either.

Testing was carried out while there was a connection to a Wi-Fi network. When traveling or walking, when the smartphone connects to the Internet via the mobile network, if the signal quality is reduced and the base stations change frequently, the battery will get discharged faster. And in this case, it really makes sense to restrict application access to the network. In the basic situation, charge overrun due to synchronization is a definite myth.

Many users believe that turning off recently launched applications considerably reduces the load on the device and prolongs battery life. However, this point of view is nothing more than an illusion. In mobile operating systems, when there is a shortage of RAM, applications are automatically unloaded from memory. It is possible to manually close the app from the list of newly launched programs, but only its visible part, the interface, is deleted from memory. In fact, the services of such programs remain in the background, which means that they still use resources and decrease the charge of the device.

Our test also confirmed that removing applications from the list of recently used affects the consumption of resources and the battery life of smartphones slightly.

You have to charge just the fully discharged batteries

Charging more frequently is better than allowing the battery to spend its charge entirely after which you can implement the “deep charging.” This method has to be used only after you have purchased your phone and you do it for the first time. Li-Ion batteries manufactured by the most renowned companies are working more efficiently when they are in a charged state, and frequent full discharge has to be avoided. 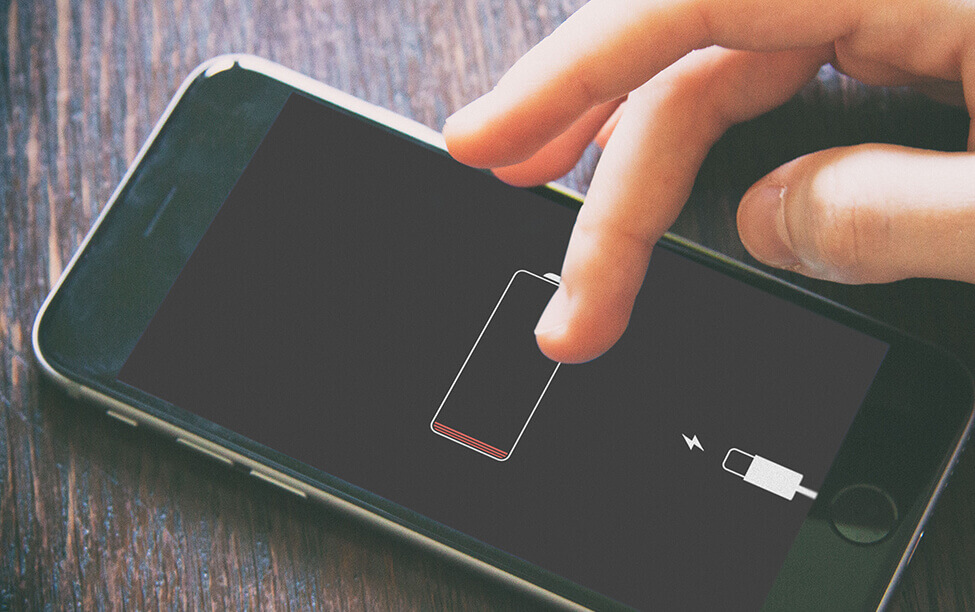 Some users prefer to discharge and charge the phone several times, considering that this is a perfect way to get the battery to its optimal state. This misconception came from times when nickel-metal hydride batteries were a common thing, and they couldn’t work at full capacity until they passed several full charge-discharge cycles.

For more than ten years, almost all phones work on lithium batteries now. Such batteries have the full capacity available from the start. However, mobile phone manufacturers recommend a complete discharge and charge of the smartphone at first use. This is necessary to calibrate the charge controller and, as a result, more optimal consumption of the battery capacity.

The myth of how long a phone needs to charge

Suggestions that a smartphone with a new battery should be on the charger from eight hours to a day no longer apply. In this case, more does not mean better, because the power controller will still disconnect the charging process as soon as the capacity reaches one hundred percent. After completing the full charge on your mobile phone, you should immediately unplug it from the supply.

Thus, a long charge will not give the battery anything but a possible overcharge. Recharging the battery can occur if the temperature changes: you charge the phone to 100 percent at home, take it out into a hot day, and your smartphone warms up. A possible overcharge may become a problem in this case. Therefore, cell phone batteries are advised to charge up to 90 or 95%.

A recommended charging procedure would be:

After it has been charged for the first time, try to keep it from discharging entirely and do not to charge it continuously up to 100 percent. Frequent discharge and overcharge will reduce the available battery capacity.

Turning off Wi-Fi and Bluetooth increases the battery life

That is not really a misconception, however: turning off the wireless interfaces helps maintain the charge, but still the economy is so insignificant that you should not compromise your comfort for it. It would be more efficient to turn off the automatic brightness setup and decrease it to the minimal level – the charge economy will be much higher. And in the case where the socket is far away, and you cannot miss an important call, the best solution would be to turn off the mobile Internet: LTE and 3G networks use a significant share of the charge. As for Bluetooth, this technology itself is remarkable for its excellent minimal use of power, especially its latest versions.

But if a new smartphone is working with an old headset, then both devices automatically switch to using the older version of the two. In this case, energy consumption would be higher, and the short-term shutdown of wireless technology is a reasonable response.

You never have to turn off the phone

Is a turned off cell phone bothering you? Even the best devices need to rest sometimes. There are no well-established recommendations, but the public believes that you sometimes need to turn off your phone because its internal components wear out over time. Turn it off at least once a week to maintain the state of your battery. 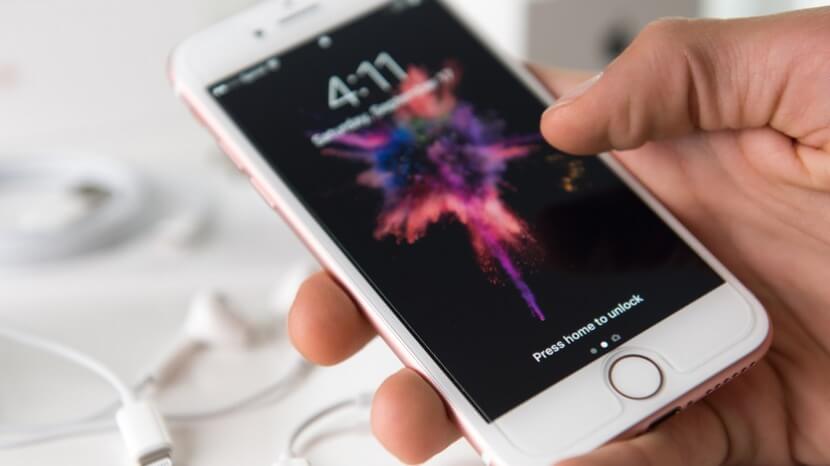 You need to keep the battery in the fridge

You have to be aware of the fact that keeping smartphone batteries in the fridge or in the freezer may be harmful to the battery or even dangerous for you. The extreme temperatures would do damage to the battery because it consists of various chemicals that preserve energy. You can’t say for sure what kind of chemical reactions will appear at very low temperatures.

The service time of lithium batteries is 10 to 15 years. To extend their life, the manufacturers recommend keeping them in the normal conditions and room temperature (20 – 25 C), with a humidity level that’s not exceeding 65%. 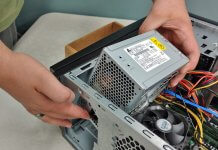 How to Replace a Power Supply in 2022 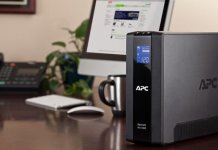 Uninterruptible Power Supply and How it Works in 2022 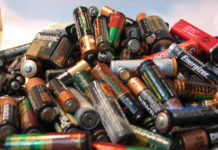 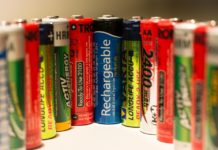 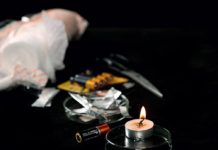 How to Start a Fire With a Battery 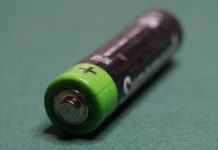